Your cart is empty.

There isn't anything in your cart.

See items that used to be in your cart

Look at our most recent catalog 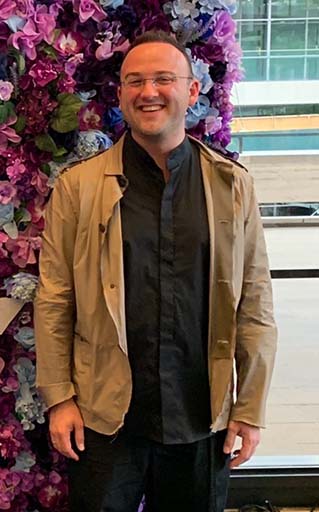 As a violinist, Gabriel Boyers has been praised for his “rock steady finger and bow technique” by New Music Connoisseur Magazine and has been described by The Boston Phoenix as an “elegant, accomplished player” and as one of "the most talented young string players in town." As recitalist and chamber musician, Gabriel has been heard at numerous festivals and halls (Sandor Vegh Institute- Prague, Banff Centre for the Arts- Canada, Vail Valley Bravo Music Festival, Troy Savings Bank Music Hall etc.) and as Second violinist of the Simrock String Quartet formed in 2013. Gabriel has participated in many world-premiere performances, including as concertmaster for the Carnegie Hall premiere of "Concerto for Turntables and Orchestra" with DJ Radar, as well as the premiere of “For Lou” by John Luther Adams, which he also recorded for New World Records. He has collaborated with composer Lee Hyla to develop “Cadenza,” a work for solo violin based on portions of composer’s Violin Concerto and with pianist Keith Kirchoff, Boyers gave the world premiere of Leo Ornstein’s 3rd Sonata for Violin and Piano, a newly discovered work approximately 90 years old, which they will record as part of a survey of Ornstein’s complete works for violin and piano. As owner of Schubertiade Music & Arts, he is President of the Professional Autograph Dealers Association and consults and authenticates autographs for institutions and collectors worldwide. Since 2011, he has directed the Primary Source Series at the Boston Goethe-Institut, a chamber music concert series where each program is built around rare musical artifacts and manuscripts.